[Abstract]
The right to bear arms found in the Second Amendment to the U.S. Constitution is not a uniquely American idea. Japanese conservative thought has a similar idea. However, Japan's right to bear arms is being lost due to three rounds of arms control.

[Contents]
1. Two Trends of Conservative Thought in Japan
2. Three times of arms control in Japanese history
3. Historical arms control is the same as modern gun control
4. The Essence of the Right to Bear Arms is the Right to Oppose a Corrupt Government
5. The spirit of the samurai corps revived


1. Two Trends of Conservative Thought in Japan
An overview of Japanese history would show that the Imperial Court (the Emperor) was the center of politics until the Heian period (794-1185), and after the Kamakura shogunate was established, the shogunate ruled the country through the Kamakura, Muromachi, and Edo periods.

In other words, the political history of Japan can be broadly classified into two categories: politics by the imperial court (emperor) and politics by the shogunate. In this section, we will show that these two regimes were established based on two completely different political philosophies.

The Ritsuryo system was a system in which the land and farmers belonged to the emperor, and it can be regarded as an ancient communist system in that it prohibited private property. The Ritsuryo system, however, reached its institutional limit later on, and was gradually broken down by a law that allowed private ownership of cultivated land (743) and the subsequent development of manors.

b. Politics by the Shogunate
As the Ritsuryo system collapsed, influential farmers and powerful families took up arms to defend their lands against the arrogance of the national governors dispatched by the Imperial Court. This became the samurai corps, which later formed the Kamakura shogunate (1192).

In other words, the establishment of the Shogunate was based on the idea of a new government based on private property, armed to defend their lands against the corrupt Imperial Court that had been in place, and by their own power.

c. The struggle for the right to collect taxes
Even after the establishment of the Shogunate, the Imperial Court (Emperor) continued to exist. This is because the Shogunate did not aim to overthrow the Imperial Court (Emperor) and take away its authority. What the shogunate aimed to do was to protect its own lands and rights from embezzlement and abuse of tax collection rights by the national governors dispatched by the imperial court. Thus, the shogunate took the right to collect taxes into its own hands by assigning governors and district heads throughout the country.

d. Two Trends in Japanese Conservative Thought
Today, when we think of conservative thought in Japan, the only thing that may come to mind is the "emperor system". However, this is not historically true. When the government of the imperial court (the emperor) became corrupt, the peasants and powerful families took up arms and formed the samurai corps. They formed the Shogunate. This is the second trend of conservative thought in Japan.

These two political philosophies are completely different. Politics centered on the imperial court (emperor) was generally oriented toward centralization, bureaucracy, and expansionist policies. The expansion into the Korean peninsula took place during the period when the Imperial Court (Emperor) was in charge of politics. In contrast, the Shogunate emphasized decentralization, private property, and the autonomy and rights of individuals.


2. Three times of arms control in Japanese history
Today, the conservative ideology of the Shogunate is rarely reflected upon. The reason for this is that the people's right to bear arms, which was the basis for the establishment of the shogunate, has been taken away by the politicians, and the spirit of the shogunate has been cut to the bone.

Here we will discuss three representative examples, but if we look at historical facts, these are not the only three cases of arms control. Disarmament due to defeat in the Pacific War is not the same as arms control for citizens, but it is discussed here from the perspective of denying the right to bear arms.

c. Disarmament due to defeat in World War II
With the defeat of the war, Japan was disarmed, and the Constitution stipulated the renunciation of war, the non-maintenance of force, and the denial of the right of belligerency. This was to ensure that Japan would never again be pitted against the Allies. This deprived Japan of the right to defend itself and made it dependent on other countries for defense.

For the shogunate, on the other hand, the right to bear arms could be said to be a source of legitimacy for its government, and until the late 17th century (although Toyotomi Hideyoshi's restrictions on arms continued), there were no nationwide restrictions on sword-bearing. In addition, the shogunate had never adopted a policy of external expansion.

e. Impact of Arms Control
Arms control had a great impact on the mentality of the Japanese people. Although the Meiji government succeeded in suppressing the rebellion of the samurai families through the arms control, it deprived the Japanese people of an independent spirit. This is the spirit of taking up arms to protect one's family and community. With this, one of the conservative ideologies that had supported Japanese history ceased to exist.

Also, after the defeat in World War II, people were denied the ability to defend their own country by themselves. This is symbolized by the statement in the Constitution, "We have determined to preserve our security and survival, relying on the justice and faith of the peace-loving peoples of the world."

There is a criticism that Japan has an unusually strong trust in the United Nations, and this is quite natural. The Japanese people have lost their identity due to arms control, and this has led to a tendency to depend on others. The spirit of the samurai corps who formed the Shogunate by arming themselves to defend their land and rights is nowhere to be seen.


3. Historical arms control is the same as modern gun control
Arms control in history and gun control today are the same. Gun control advocates say that the government should have a monopoly on guns, and that the people are safer without them. In fact, this is the same idea as the sword-hunting order of Toyotomi Hideyoshi. The sword hunting order issued by Toyotomi Hideyoshi says

Article 3, If the peasants work hard at cultivating their land with only farming tools, they can live safely for generations to come. We take away our weapons because we love the peasants. Be grateful and work hard.

However, if you look at history, the truth is quite different. For example, in the Edo period, the samurai carried swords, but security was good. In modern Japan, it is possible to deny the right to bear arms and assess that there are simply fewer incidents despite the dangerous situation.

What about North Korea? Why couldn't the people of North Korea stand up to a government that has continued to develop nuclear weapons while making its people suffer? It is because the people did not have guns. These are facts that need to be faced today.

In other words, gun ownership is not just a way to protect yourself from thugs. It is the power of the people to counter the corruption of the government, to correct injustice, and to realize justice. And in Japan, too, there is a history of the shogunate being established to correct political corruption and to protect one's land and rights.

The spirit of the samurai corps is an ideology based on private property, bearing arms, and protecting one's family and community. It is a spirit that rejects powerful bureaucracies and opposes all policies that seek to subjugate the people to the state.

The denial of the right to bear arms goes beyond simply depriving people of the means to defend themselves. The most frightening thing is that our independent spirit will be taken away. If our thoughts, mentality, and identity are destroyed, then when we witness corruption, we will be opportunistic, take the strong side, and not fight against it. 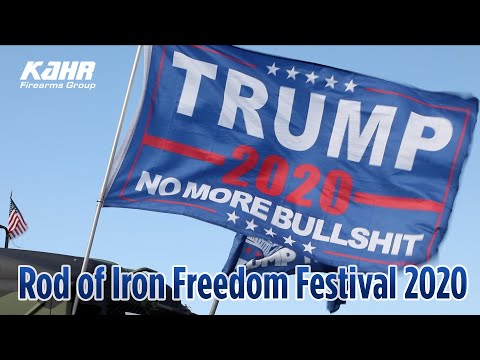 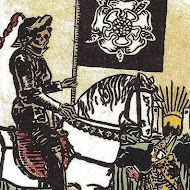